How to rejuvenate your lawn after a harsh winter

After a long winter, as soon as the snow melts, we all want the instant gratification of spring.  One of the first places we look for spring is our lawn, only to be met at times with the unsightly views of winter kill.  We next ask ourselves why our lawn looks like this.  Does the snow cause it?  Does the cold cause it?   Cool-season grasses are very resilient, but even the healthiest of lawns can experience winter kill.  Let’s dig a little deeper into the “why” regarding winter kill on our lawns.

First off, what is Winter Kill?  According to Merriam-Webster, to kill (a plant or part of a plant) by exposure to winter conditions.  Our winter conditions vary year to year in Minnesota, experiencing below average, average and above average snowfall months depending on the winter.  Another unpredictable factor during Minnesota winters is temperature.

So with unpredictable winters, how do we predict winter kill?  It isn’t necessarily a very cold winter or a very warm winter that causes it, but extreme temperature changes can be the biggest factor.  If we are having an abnormally warm fall and then experience a quick, severe temperature drop, our lawns may be left more susceptible to winter kill.  Extreme thawing and refreezing cycles throughout the winter can lead to a higher probability of winter kill.

Potential Issues With Your Lawn After Winter

Winter Desiccation:  In Minnesota, we normally have a pretty consistent snow cover, but as we know from recent years, we can go through long dry spells with no snow cover.  One worry that accompanies the absence of snow cover is winter desiccation; extreme dryness that occurs when water in the plant is lost at a faster rate than water is replaced.  Winter Grasses can survive just about any temperature if they are blanketed with snow, but uncovered grasses in very cold conditions will continue to transpire (lose moisture and oxygen) well after the ground is frozen solid. Frozen roots cannot replace the moisture sucked away by cold, dry winds, and the plants may suffer cell death and perhaps even death of the plant crowns.

-Treatment: Wait patiently to see if the grasses return to health. If the damage is minor, individual grass plants may recover, or surrounding grass plants may fill in. With widespread damage, you likely will need to re-seed or re-sod areas with extensive winter kill.

Low-Temperature Kill: Extreme cold like we experience in Minnesota, on its own, can produce winter kill.  Low temperature happens below the soil surface and on the turf plant themselves thru ice crystal formations.  Like other contributors to winter kill, freeze and thaw cycles are significant contributors to low-temperature kill.

– Treatment: If spring arrives and you notice some damage from winter kill, sodding or seeding may be necessary to help with turf grass recovery.

Crown Hydration: The crowns of turf grass can be killed if warmer, moist weather is followed by a sudden freeze.  It is a problem generally associated with turf growing in wet soils whose saturated cells rupture and die following extreme fluctuations in freezing and thawing temperatures. Cool-season grasses are especially susceptible to crown hydration injury, since they’re more likely to awaken from winter dormancy at the first break of warmer temperatures.

– Treatment: Widespread damage requires reseeding or re-sodding. There is not much you can do to prevent the crown freeze.

Ice Sheets: Prolonged accumulation of ice sheets on turf grass can result in plant death.  Like many of the other contributors to winter kill, at the root of this problem is extreme temperature swings, such as a late Fall ice storm rather than a gradual switch to winter and establishing snow cover on the turf grass.

– Treatment: Monitor your turf grass in the spring and if there is significant damage, it may require reseeding or re-sodding the affected areas.

Snow Mold:  A fungal disease that reveals itself in the spring as the snow melts.  Two kinds of mold become active under snow, gray (white to gold in color) and pink (white to pink in color) mold.  Symptoms first appear as circular patches in your lawn with a matted down appearance and enlarge if the lawn remains cold and wet.  Unlike Winter Desiccation and Crown Freeze, Snow mold is most common in years where an early, deep snow cover prevents the ground from freezing.

–  Treatment: In the spring the treatments to repair the damage from these the two types of mold are very different.  For Pink Snow mold, treat the area with a fungicide. Fertilome F-Stop or Bonide Infuse (granular formula), both work well.  For Gray Snow Mold gently rake affected areas of the lawn to promote drying and prevent further growth. Fungicides are not typically recommended.

Voles: They are the culprit of those pesky tunnels of dead grass that reveal themselves in the spring.  Most voles prefer to inhabit areas with heavy plant cover that shelters them from natural enemies.  During the summer months in Minnesota, vole damage is primarily contained within gardens, but most lawn and turf damage occurs during winter under the snow.  Winters with long-lasting snow cover like in Minnesota can lead to extensive damage due to the voles feeding on the turf as they tunnel.  Voles pursue scarce nutritional resources during the winter months, such as plants and bushes.

– Treatment: Although unsightly, if the vole damage isn’t too extensive, the damaged turf areas will most likely come back and regain their density over time.  For severely damaged areas, a reseed or new sod will need to be the plan of action.

Now that we’ve highlighted the sources of winter kill in your lawn, here are a few actions you can take to help minimize winter kill. Unfortunately, there isn’t a magic solution to avoid it altogether.

– Consistent lawn mowing all the way through the growing season

– Aeration to relieve soil compaction and allow moisture to travel through the root systems.

– A thorough Fall Cleanup removing all debris that may contribute to moisture being trapped on your lawn.

– Trim back ornamental plants and shrubs around your property to reduce nutrient sources for voles.

The ideal winter for turf grass health would be a gradual cool down in the fall, which helps to harden off grasses for winter (a process known as acclimation), followed by good insulating snow cover on frozen soils, and a gradual warm up in the spring causing de-hardening (de-acclimation) of our grasses.  Since we live in Minnesota and predictable weather doesn’t exist, the best we can do is annually roll our weather dice and hope for the best when spring comes!

View Our Services
Get A Free Quote 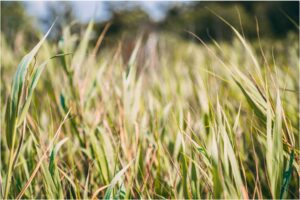 Once you enter mid-summer in Minnesota, your lawn care should change slightly and adjust for the upcoming season just around the corner. There are a

5 Tips To Avoid When Seeding Your Grass

Seeding your grass is a great way to When you are putting down grass seed to create a new lawn, there are 5 grass seed 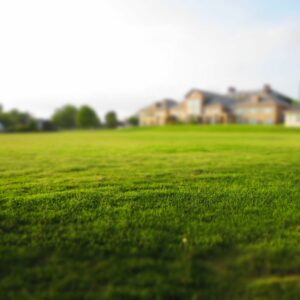 6 Steps To Prepare Your Yard For The Spring Season

Spring is almost here and that means more time spent outdoors, beautiful blooming plants and flowers, and time to prepare your yard for warmer days 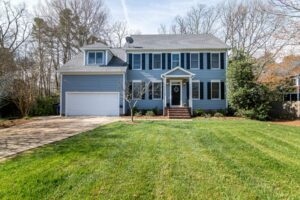 5 Tips For A Healthy Lawn

We all want to have the greenest, best looking lawn on the block. But that’s not always easy, especially when we’re coming out of the

PrevPreviousWhy do I have mushrooms in my lawn?
Next5 Practical Summer Lawn Care Tips for Lakeville, MNNext

If you are looking for an affordable lawn service in Apple Valley, Burnsville, Eagan, Farmington, Lakeville, Prior Lake, Savage, Rosemount, or nearby we would like a chance to earn your business.

Rooted in the Lakeville Community